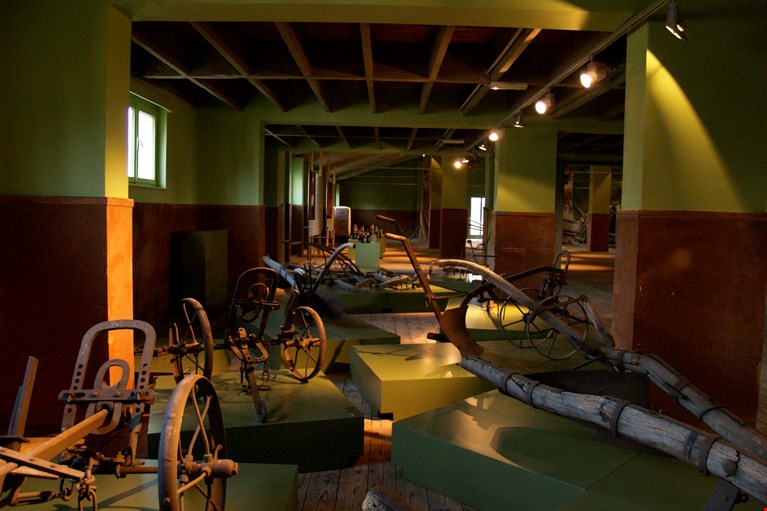 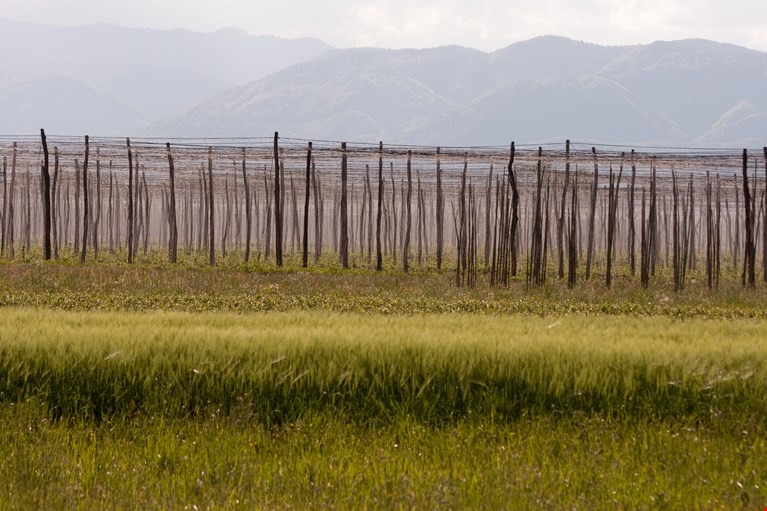 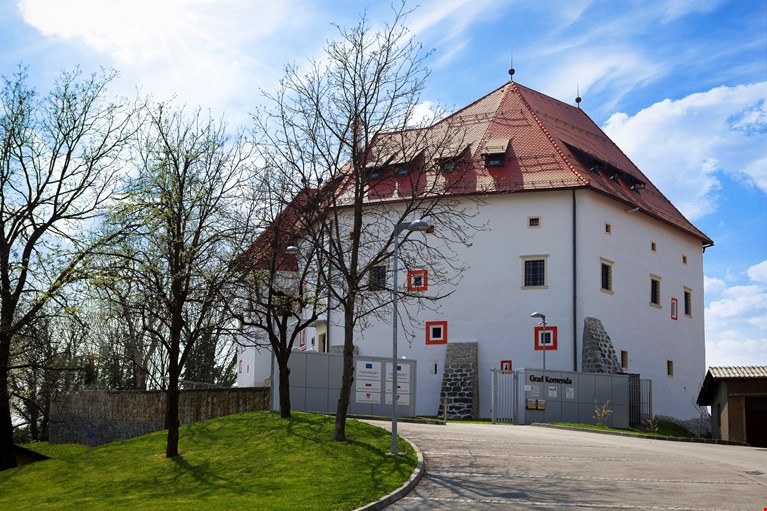 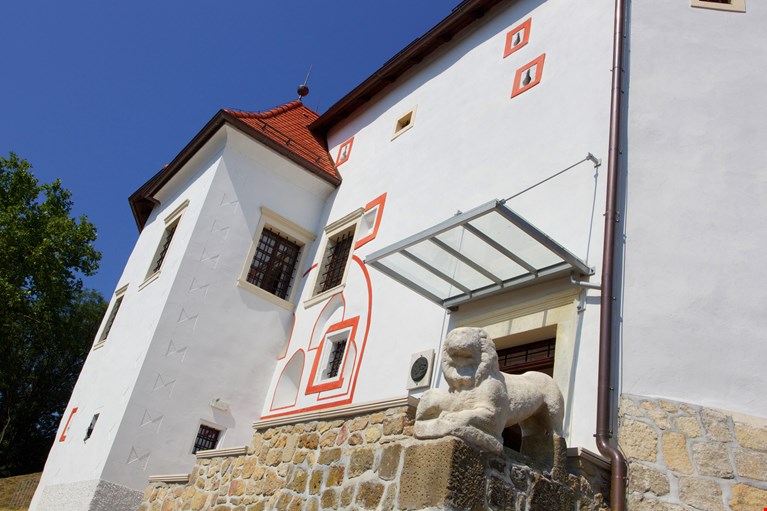 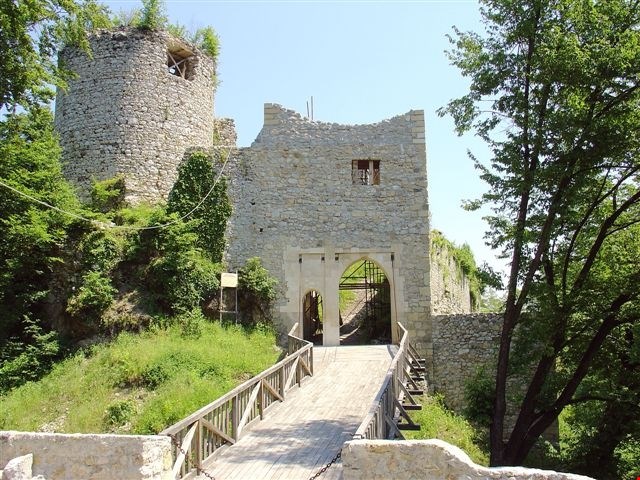 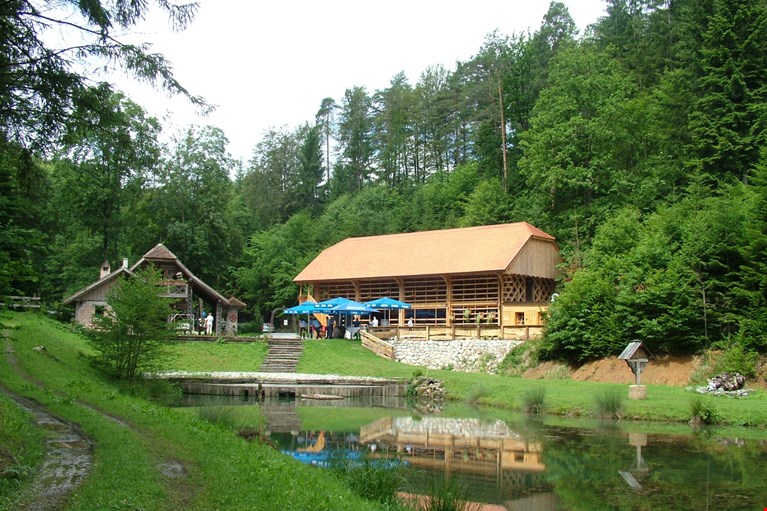 For more than a century and a half, the Lower Savinja Valley has been known for its hops, its kind and hospitable people, and its local food and drink.  The valley is surrounded by a soft wreath of hills and is rich in natural and cultural attractions.  It brings together the stories of hop-growing and brewing, the ancient Romans, the counts of Žovnek, the Maltese knights, the stories of motorcycles, landscape parks, Natura 2000, and of numerous thematic and cycling routes and much more.
The Eco-Museum of Hop-Growing and the Brewing Industry in Slovenia is located in an old renovated hop-drying facility and uncovers the history of hop growing and the brewing industry in Slovenia.  The house beer, named after the father of Slovene brewing industry, Simon Kukec, and a delicious croissant will arouse your imagination.  You might even hear the singing of a thousand hop pickers and smell freshly picked hops.
At the end of the tour you can taste the house beer or hop growers’ tea and have a delicious croissant.

The Eco-Museum of Hop-Growing and Brewing Industry in Slovenia, the only museum of its kind in Slovenia, is located in an old renovated hop-drying facility and has four storeys.  It uncovers the history and significance of hop growing and the brewing industry in the Lower Savinja Valley.  The museum offers tourist souvenirs and a hop-pickers’ lunch, as well as its own house beer.

The museum exhibition, “Prebold Through Time,” and the private collection, “Tito – YNA (Yugoslav National Army),” as well as World War I.  The majority of the collection Prebold Through Time is dedicated to the preservation and presentation of the life of ordinary people, their tools and objects.  The collection “Tito – YNA” takes the visitor to the period between 1945 – 1990, to the time of the former Socialist Federal Republic of Yugoslavia.  The collection is located in the renovated outbuilding, also called the Entry Information Point of the Eco-Museum of Hop-Growing and Brewing Industry in Slovenia.

The programme includes: - A guided tour, - A tour of the Eco-Museum of Hop-Growing and Brewing Industry in Slovenia, a tour of the collection Prebold Through Time, a tour of the Schwenter house, a tour of the ruins of the Žovnek castle, a tour of the Komenda castle - 2 dl of the house beer Kukec – Savinjsko pivo or a cup of hop growers’ tea per person. Price per person: 13,90 € Minimum number of persons: 15 persons Programme duration: approximately 7 hours TIC Žalec, T: ++386 3 710 04 34, E: tic@zkst-zalec.si