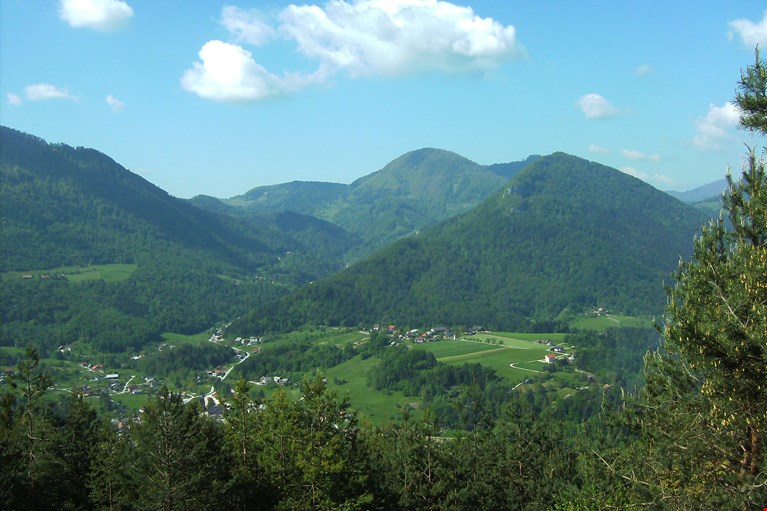 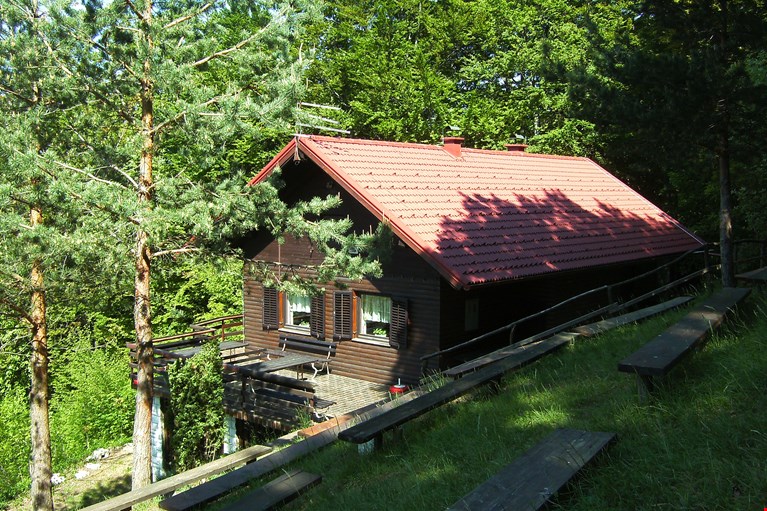 Žalec and the Lower Savinja Valley are surrounded by a ring of hills – Dobrovlje plateau in the west, Zasavje Hills in the south and the Ponikva plateau in the north.
Recreation in the natural environment and pleasant vistas invite you.

The Bukovica mountain lodge is located on the northern slope of Bukovica, right below its peak, at the altitude of 568m above sea level.  It is a popular destination for numerous hikers from the local region and elsewhere.

The Brnica mountain lodge, despite its relatively low altitude, offers a fantastic view to all sides.  There is the Celje basin in the east, and the hills Konjiška gora and Boč in the north. Hom, covered in forests, is also close.  The Lower Savinja Valley, stretching towards the Dobrovlje Plateau, Šempeter, Polzela, Braslovče, and Gora Oljka Hill are also visible from there.

The Gora mountain lodge, on a spectacular peak with fantastic views of the surrounding hills, is also very popular.  There is the church of St. Kunigunda on top of the Gora, which was built in the second half of 14th century.

The Hom mountain lodge is situated on the panoramic hill, Hom, above the Savinja Valley and next to the church of St. Magdalena, which originates in the second half of the 14th century. Its beautiful peak offers very scenic views of the surrounding hills.