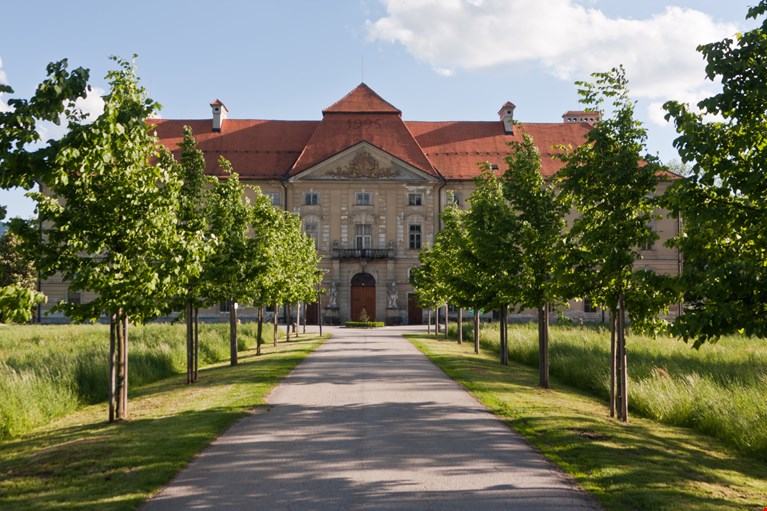 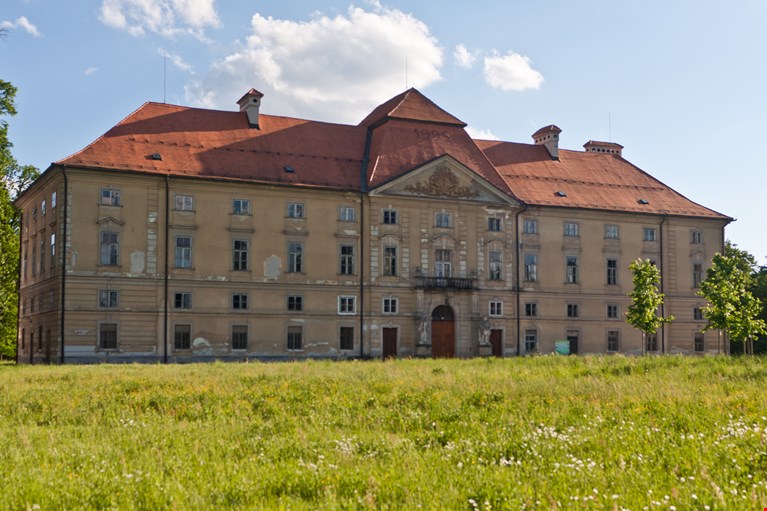 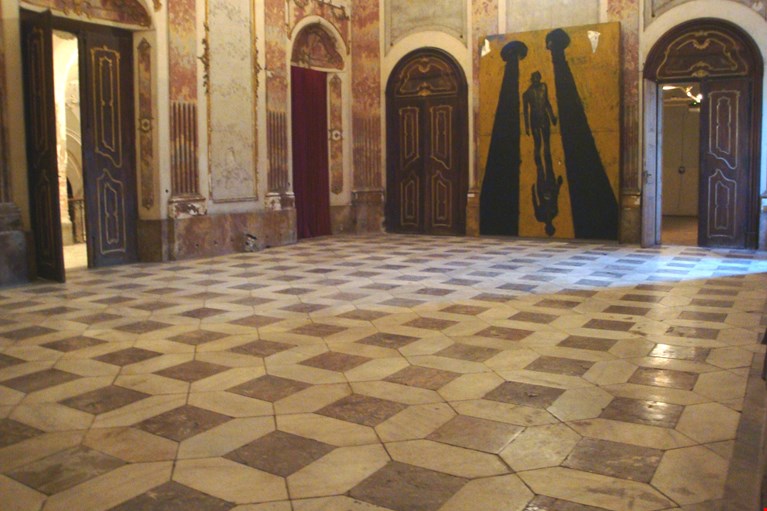 In 1756, count Anton Gaisruck started building the Novo Celje Mansion at the location of an old mansion called Plumberk. It was intended to become the new centre of the Celje nobility and was bought from the Empress Maria Theresa, hence its name. The construction was completed in 1764 by Anton Gaisruck’s brother, Count Janez Karl Gaisruck.

The plans for the mansion were made by Matija Persky, a builder from Carniola. Jožef Hueber, an architect from Graz, designed the entrance to the mansion park. Many artists worked at decorating it, including the painter Anton Lerhinger from Rogatec and the sculptor Veit Königer from Graz.

The Gaisruck family owned the mansion until 1825, when the entire estate went bankrupt and was bought by Anton Čokl of the noble family Ruhetal. In 1835, the new owner of the estate was Jožef Ludvik Hausmann, father of the first Slovenian female poet Fany Hausmann, who lived with him at the mansion. Hausmann increased the estate and modernised its economy, which nonetheless caused him to fall into debt and, as a result, he had to sell the mansion to Prince Karl Salm in 1849.

In 1919, the estate was bought by Baron Turkovič and in 1930 he sold it to The Drava Banovina, which transformed it into a mental hospital. The Baroque statues from the staircase, the chinoiserie wallpaper, and a part of the equipment and remnants of the archive were relocated to the National Museum on Ljubljana.  However, the majority of the inventory was sold by the owner before this took place. The mansion then became used for various purposes, and was renovated and altered a number of times. This caused it to lose many of its monumental characteristics. The park surfaces were also significantly altered and degraded.

During WW2, the Germans changed the Novo Celje mansion to a field hospital. The existing patients were taken to Hartheim near Linz and executed.

After 1945, the mansion became a hospital for pulmonary diseases, and between 1970 and 1980, a retirement community. In 1983, it was taken over by the Hmezad Agrina Žalec work organisation, and since 1995, it has been under the ownership of the Municipality of Žalec. In 2001, the project documentation for the renovation of the mansion was made. Gradually, new renovation works are taking place according to this plan. Although the mansion is empty and currently not in use, some traditional events still take place there:

In 2013, the mansion hosted a memorable overview exhibition 1973-2013 by Jože Domjan, a graphic designer.

Visits are possible upon previous arrangement.