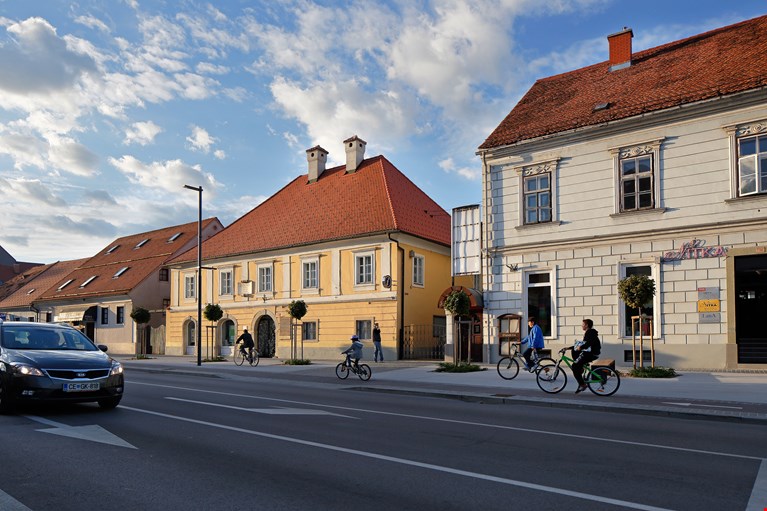 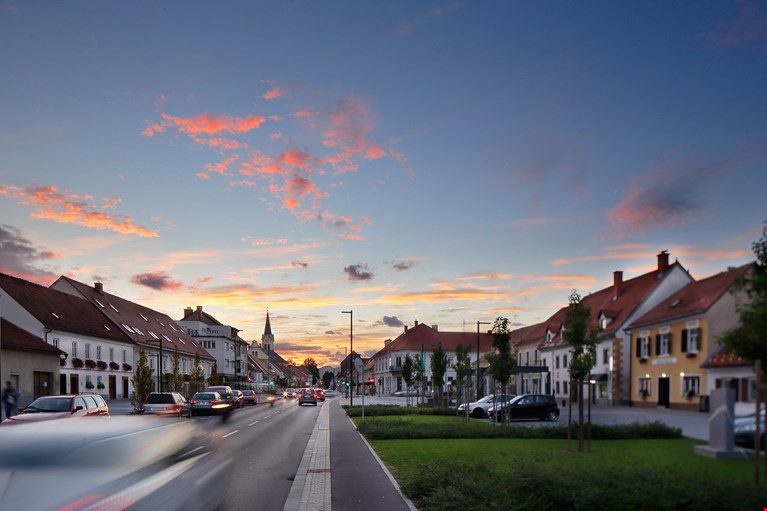 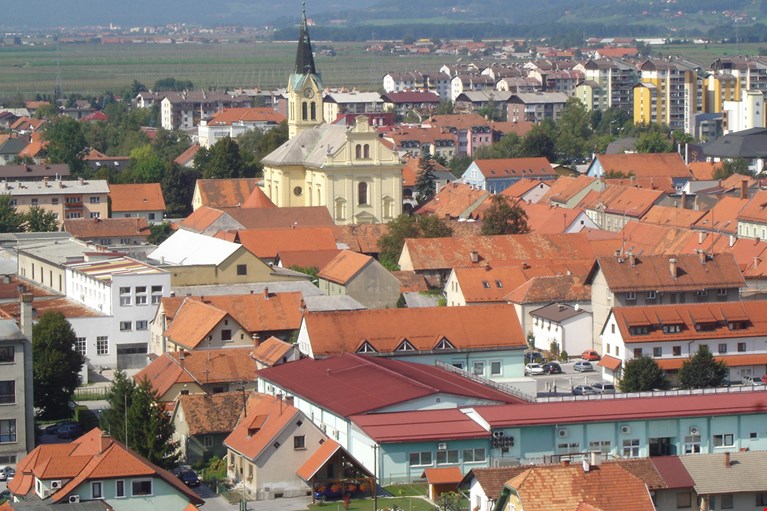 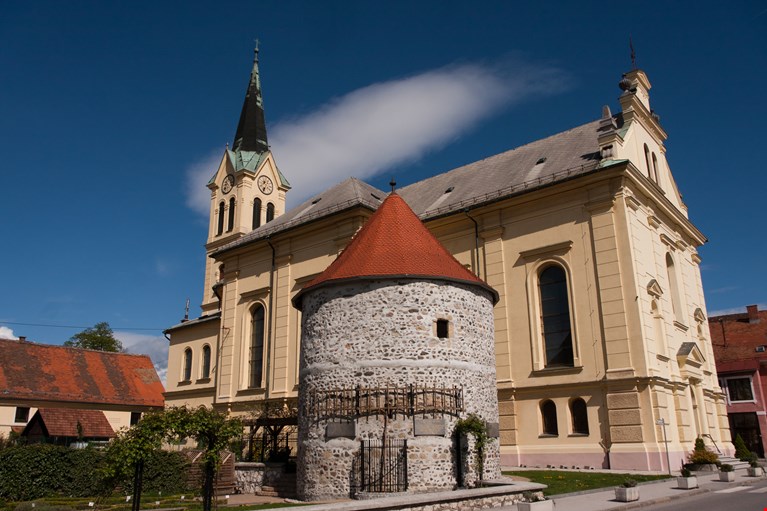 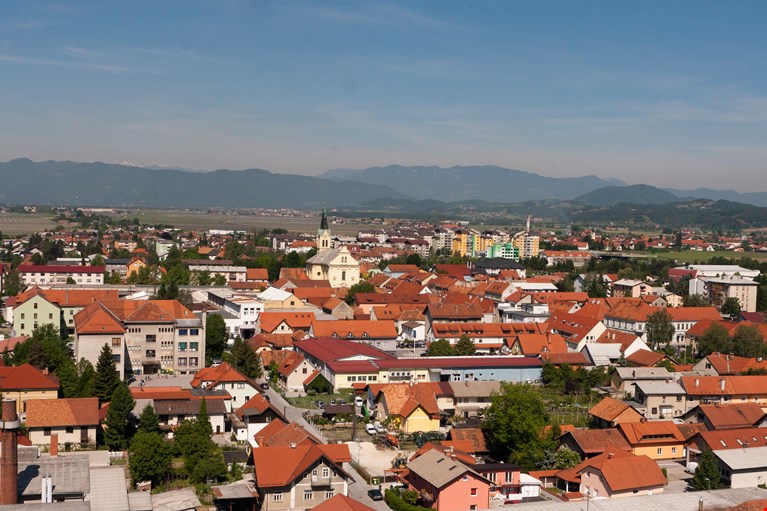 Žalec was first mentioned 1182 and it acquired market rights in 1265.  During the time of the Turkish invasions it was severely damaged, so they built a rectangular fort around the church with four round defence towers, one in each corner.  The defence wall was later demolished, and only the south-western tower remained.  It was made of gravel stones; it had arrow slits and a typical conical roof.
Traces of the town’s rich past can be seen in the well-preserved buildings of the old market centre.  It is worth mentioning the Zotl homestead from the 16th century and Savin’s house from 1669, the birth house of composer Risto Savin, which features Savin’s memorial room and an art gallery.
The Church of St. Nicholas was first mentioned in 1173.  Next to the church there is a defence tower from the 16th century. Close to the town lies the Novo Celje mansion from the mid-18th century, which is a replica of the Viennese Schönbrunn.
The town has a well-kept sports park and sports hall.  Typical of Žalec and its surroundings are hop fields, which give the area its name “the valley of green gold”.
It is also worth mentioning that this year the Municipality of Žalec received the earth-friendly Municipality Award for responsible endeavours in the field of the preservation of natural heritage, for creating better quality of living for its inhabitants, and for teaching the citizens the correct attitude towards the environment for the present and future generations.

You are also kindly invited to watch the new promotion film of the Žalec Municipality by clicking on this link!

Come and enjoy our pleasant town in the heart of the green gold!