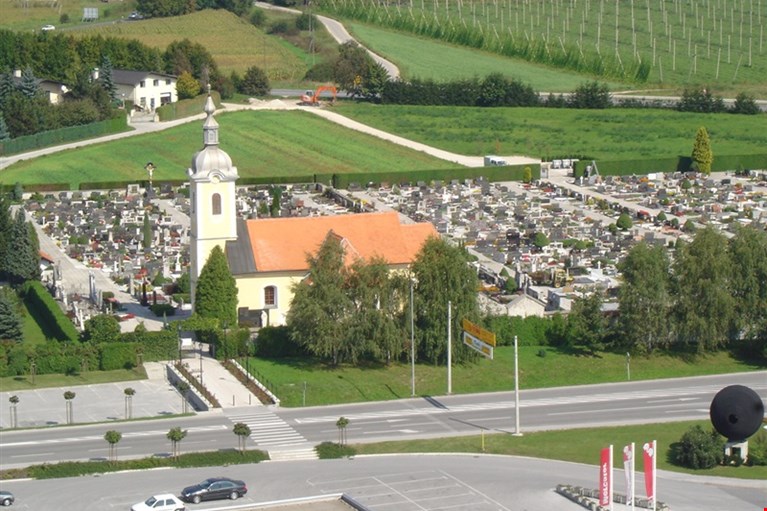 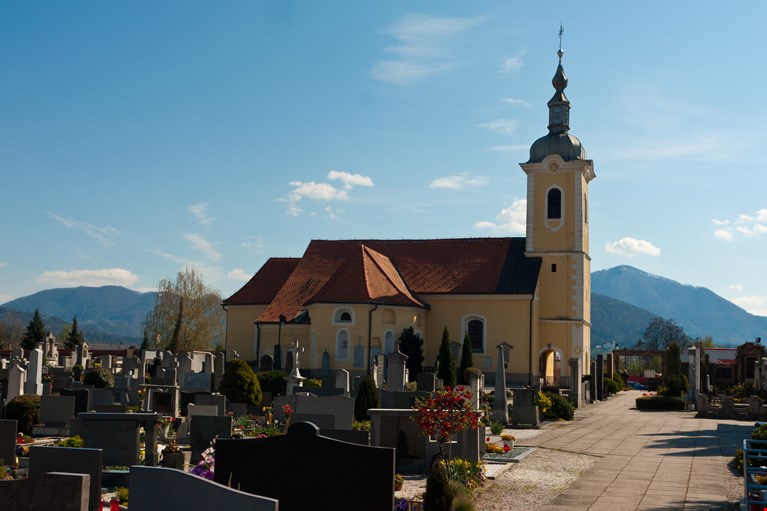 This church was first mentioned in 1545, but it was built much sooner, in the Roman period. Later, a tower (in 1662) and two chapels (in 17th and 18th century) were added. Its baroque-style arched nave also dates back to the Roman era. In 1799, the cemetery that used to be situated around the St. Nicholas Church in Žalec was relocated to the vicinity of this church. The church has a striking interior, including a particularly fascinating painting of St. Cantianus and his fellow martyrs painted by Valentin Metzinger in 1757.

Open by prior arrangment.